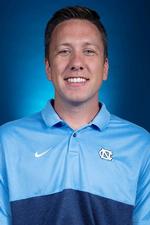 Mark Gangloff, a two-time Olympic gold medalist and one of the most dynamic young leaders in the world of collegiate swimming, was named the head coach for the men's and women's swimming and diving programs at the University of North Carolina in May 2019. Gangloff comes to UNC after seven years at the University of Missouri where he served as the Tigers' associate head coach for the last two seasons.

"Mark Gangloff is greatly respected in international and collegiate swimming and diving and has a passion for coaching and developing student-athletes," says UNC Director of Athletics Bubba Cunningham. "His swimmers have demonstrated improvement and success, and he is known for his ability to relate with and motivate student-athletes.

"He's an Olympic gold medalist, captained a national championship-winning team at Auburn and a number of USA Swimming teams in international competitions, and has developed swimmers at Missouri for the past seven years. We look forward to Mark taking our men's and women's programs to another level in the years to come."

"I would like to thank Mr. Cunningham for the opportunity to serve the University of North Carolina as head swimming and diving coach," says Gangloff. "I am grateful to those coaches, support staff and athletes who have come before me and look forward to honoring them through my work. Building on recent individual successes and a rich history of program excellence, I can't wait to lead UNC swimming and diving to new heights. The culture of academic and athletic excellence at the University of North Carolina is second to none. I am excited to work with current and future Tar Heel swimmers and divers to achieve their academic and athletic dreams.

"I would also like to thank the University of Missouri, its tremendous coaches, and its administration for helping me to grow as both an individual and as a coach.

In his seven years at Mizzou, Gangloff led the Tigers to five top-15 finishes at both the men's and women's NCAA Championships. The Tiger men posted back-to-back top-10 NCAA results in 2016 and 2017, with the 2016 team finishing a program-best eighth nationally and Fabian Schwingenschlogl winning the first NCAA title in school history in the 100 breaststroke. That same year the Tiger women also had an all-time best team finish, placing 11th overall.

Before his time at Missouri, Gangloff spent three years a volunteer assistant coach at Auburn, his alma mater. During his time on the Auburn coaching staff, he assisted with stroke technique, race strategy and strength and conditioning.

From 2007-09, Gangloff coached at Swim MAC Carolina in Charlotte, N.C., where he assisted in the development and implementation of program and training design. He also provided instruction on race strategy and post-race coaching for swimmers ages 10-18.

As a collegiate swimmer at Auburn, Gangloff helped the Tigers to NCAA team titles in 2003 and 2004 and four straight SEC team titles. Individually, Gangloff earned 12 total All-America honors and won SEC titles in the 100 and 200 breast and the 200 and 400 medley relays.

A native of Akron, Ohio, Gangloff earned a degree in criminology from Auburn in 2005. He and his wife Ashley, a former national champion diver at Auburn, have three daughters, Annabelle, Hattie Rose, and Kathryn. 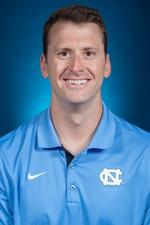 Jack Brown was been named associate head coach for the UNC swimming and diving programs in June 2019. Brown comes to Chapel Hill after seven seasons as an assistant coach at the University of Missouri.

“I am thrilled that Jack Brown will be joining the Carolina swimming and diving staff," Gangloff says. "Jack has experience on high-performing teams, both as an athlete and as a coach, and he has additional expertise that will benefit our staff and athletes beyond technical coaching. Jack, with a Ph.D. in sport psychology and an emphasis in performance, will be a critical component in fostering a team culture that provides our student-athletes the opportunity grow personally, academically and athletically.”

“I am extremely grateful to Mark Gangloff and the administration at UNC for granting me the opportunity to serve as the associate head coach," Brown says. "Having grown up in the South, I am very familiar with the tradition and culture of excellence that the University of North Carolina maintains, and I am thrilled to become a part of it. I believe in the values, mission and vision that Coach Gangloff has for the program, and I am excited to get to work building the program over the coming years.

“I would like to thank the University of Missouri for everything that they have done for me. I would also like to thank Coach Rhodenbaugh for the opportunities he has provided me to work, learn and grow as a coach and a person. Finally, I want to thank all the athletes at Mizzou who have given me their best over the last seven seasons. Your efforts have made this opportunity possible, and I couldn’t be prouder to have called myself your coach.

“My wife Sarah and I look forward to the adventure that the future holds and to becoming a part of the University of North Carolina community! Go Heels!”

Brown spent the last three seasons at Missouri as a full-time assistant coach following four years as a volunteer assistant. During his tenure with the Tigers, Brown worked with the middle distance, distance and individual medley groups, serving as the primary coach of the distance group for the past three seasons. While at Missouri, Brown also earned his doctorate in sport psychology. In addition to his role as a full-time coach, Brown served as the swim teams’ mental performance coach.

Prior to becoming a full-time assistant, Brown also served as head group coach of the senior group for the Columbia Swim Club where he had several athletes set Missouri Valley records and qualify for Olympic Trials, U.S. Nationals and Junior Nationals. Brown also has coaching experience with the University of Arizona and Tucson Ford Aquatics, where he was a volunteer coach in 2010.

Before earning his doctorate in sport psychology, Brown graduated with a degree in psychology from the University of Arizona, where he was a member of the NCAA Championship team in 2008. A 10-time All-American, conference champion and former school record holder, Brown’s primary events were the 200 and 400 IMs. He was also named a first-team Academic All-American in 2010.

Following his collegiate career, Brown was a two-time member of the U.S. National team, a multiple-time U.S. Open champion and an Olympic Trials finalist in the 400 IM.

A native of Atlanta, Brown competed with Swim Atlanta and was a standout performer at The Westminster Schools, where he has been inducted into the athletic hall of fame. He and his wife Sarah, a former conference champion diver at Stanford and an orthopedic physician assistant, are expecting their first child in November. 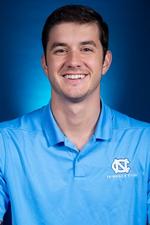 Prior to his promotion, Baric served as the Tar Heel swimming and diving program’s administrative assistant and operations assistant from 2016 until his hire. After earning his master of science degree in sport management from the University of Florida and working as a manager for the swimming and diving program, Baric moved back to the Triangle in 2016. Soon after, he took on his new role with UNC.

From 2011-16, Baric earned valuable experience coaching with club teams in both North Carolina and Florida, working with the Marlins of Raleigh and the Gator Swim Club in Gainesville, Fla. He also continued to train following his 2014 graduation from UNCW. In the process, Baric earned an invitation to swim in the 2016 U.S. Olympic Swimming Trials after training with Wolfpack Elite Swim Club as a post-graduate in Raleigh, N.C.

At UNCW, Baric majored in history and minored in psychology before graduating in May 2014 with a Bachelor of Arts & Sciences degree. He was also a much-decorated member of the Seahawks’ swimming and diving team from 2010-14. After earning an athletic scholarship to swim in Wilmington, Baric was named the team’s rookie of the year in 2010-11, awarded to the squad’s top-performing freshman. Additionally, he captained the Seahawks’ men’s swimming team in his last two seasons while also serving as an intern in the athletic department during his senior year. During his time at UNCW, he set school records in the 100-yard backstroke, 200-yard breaststroke, and 200-yard individual medley. He won All-Colonial Athletic Association honors on 11 occasions and was a CAA scholar-athlete award recipient four straight years from 2011-14.

In 2013-14, he won the Seahawk Award for character, leadership and commitment to the swimming team at the University.

Baric, a native of Mebane, N.C., lives in Durham with his fiancé and his dog and cat. 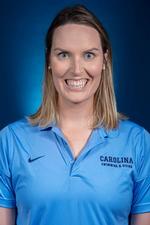 Allyson Sweeney joined the UNC swimming and diving coaching staff in July. A standout performer in the pool at Texas A&M, Sweeney came to Carolina after spending last season as a volunteer assistant at Auburn.

"I am excited that Allyson Sweeney will be joining the Carolina swimming and diving staff," Gangloff says. "Allyson is a rising star. She works hard and demonstrates a growth mindset. She has worked with and learned from some of the best coaches and programs in the country.

"Not only does Allyson have a strong swimming background, but she also has a master's degree in kinesiology and experience in strength and conditioning. Combined, Allyson is a perfect fit for our program and will make immediate contributions to the development and execution of our programming. She will also play a critical role in recruiting next generation of Carolina swimmers and divers. All around, Allyson will be a real asset to this program."

"I’m honored and humbled beyond measure to have been granted the opportunity join the University of North Carolina swimming and diving coaching staff by Mark Gangloff and the UNC administration," Sweeney says. "Having a legacy of high academic and athletic excellence, which permeates throughout campus and surrounding areas, I’m extremely enthused to begin serving the UNC community and program.

"Thank you - to Gary Taylor and all of Auburn swimming and diving for allowing the opportunity for personal development and growth, while simultaneously accepting me as part of the Auburn family; to the numerous coaches and athletes over the years who have influenced and shaped my career; and to my family for their everlasting love and support. I am excited for our future and eager to begin our work! Go Heels!"

Sweeney helped lead the Auburn women to a 12th-place finish at the 2019 NCAA Championships, its best showing in seven years. The Tigers had 11 individuals earn All-America honors, and their point total of 146 was their best since the 2012 team placed seventh with 249 points.

Sweeney spend the 2017-18 season as an assistant at Florida Southern, where the men's team placed fourth at nationals and the women took 18th. She also spent time as the head coach of Lakeland Area Swimming, working with the top senior and high school level athletes in the area.

Sweeney swam at Texas A&M for four years and was a member of two Big 12 championship teams. A four-time Texas A&M Scholar-Athlete, three-time Big 12 Scholar-Athlete and four-time CSCAA Scholar All-American, she graduated with a degree in kinesiology with an emphasis in exercise physiology in 2013. She returned to A&M and earned a master's in kinesiology with an emphasis in sports physiology in May 2015. 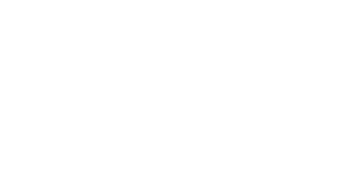 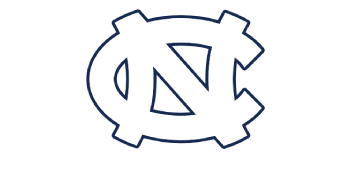 Camps are open to any and all swimmers of ages, abilities, and levels.